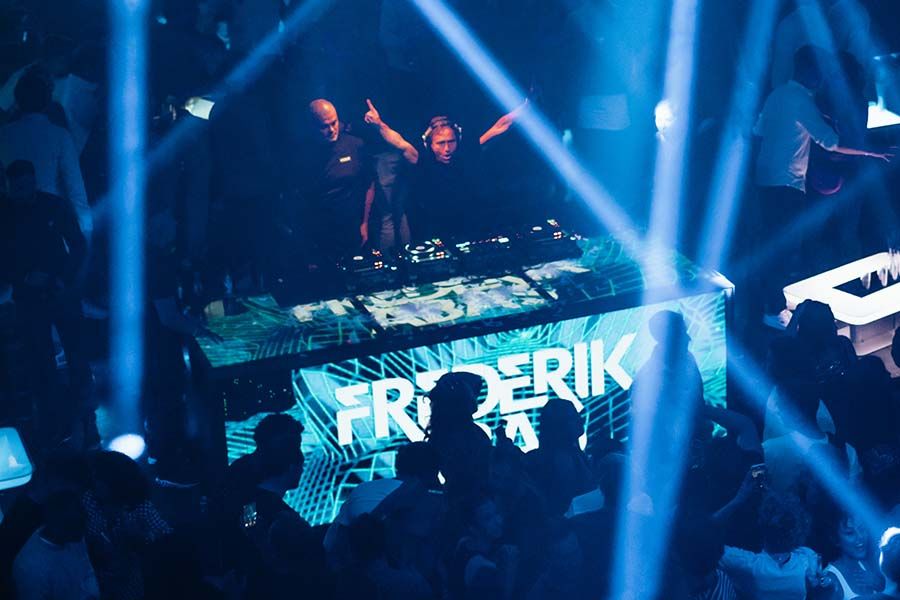 Frederik Abas was raised in Haarlem in the Netherlands. His big passion for music began back in 1991. He was 16 and worked for a drive-in show company as a light and sound technician. In 1993, Frederik started playing music at student, wedding and college parties.

Early inspirations to get into dance music were Dutch house founders DJ Marcello and DJ Dimitri Kneppers. Back then the Roxy was in full flow and this inspired Frederik to play club house and tech house music – his future was set before him at this early age.

Frederik’s style is energetic and danceable, appealing to the large groups of people he plays to every weekened without losing his underground identity.

Frederik’s first serious booking was at the Beverwijk Bazaar in 1994 for the
Loveland organization. Loveland has become well-known and highly successful in the Netherlands. Frederik has played at Loveland Festival for 8 years.

Frederik has been the resident DJ of Amsterdam’s biggest nightclub: Escape Amsterdam
since 2005. His night is on every second Saturday of the month, and is still going strong.

2006 saw Frederik have the honour of being personally invited by DJ Tiësto to perform a
extended 3.5 hour club and tech house set for his own event.

2007 saw Frederik play regularly for Hed Kandi events in Amsterdam, The Hague and Rotterdam. Subsequently a residency followed at Bloomingdale beach club alongside Sunnery James & Ryan Marciano, Roog, Don Diablo, Gregor Salto and Lucien Foort. Then, thanks to the long-lasting success of the second Saturday of the month at Escape, Frederik was contracted for another residency. Frederik agreed to perform at Escape every Sunday night, inviting the likes of DJs Quintino, Sidney Samson, Jean and Tony Cha Cha.

2009 saw him started producing tracks and early efforts have reached the Top 10 on Traxsource and sold well on Beatport.

2013 sees many events and also a commitment to studio projects that will elevate his profile to the next level. He is set to travel to the US to play in Los Angeles shortly.

Recent years has seen Frederik perform at many international gigs as well as playing in all clubs in Holland.